Climate Action:
A Playbook for Hospitals

Climate change is the most important environmental issue of our time. As a determinant of health, hospitals recognize that climate change is an individual, community, and global health issue. It is also an issue that threatens to undermine healthcare transformation efforts and the sustainability of our healing mission. Hospitals have a distinct leadership opportunity to address climate change by:

This playbook captures how hospitals are demonstrating commitment. It's intended to inspire and encourage hospitals to engage further in climate action, providing a vivid path forward to achieving measurable progress and outcomes. The time has never been more critical for hospitals and healthcare to take action.

For more information, please email climate@hcwh.org. For resources relating to the playbook, go to this link. 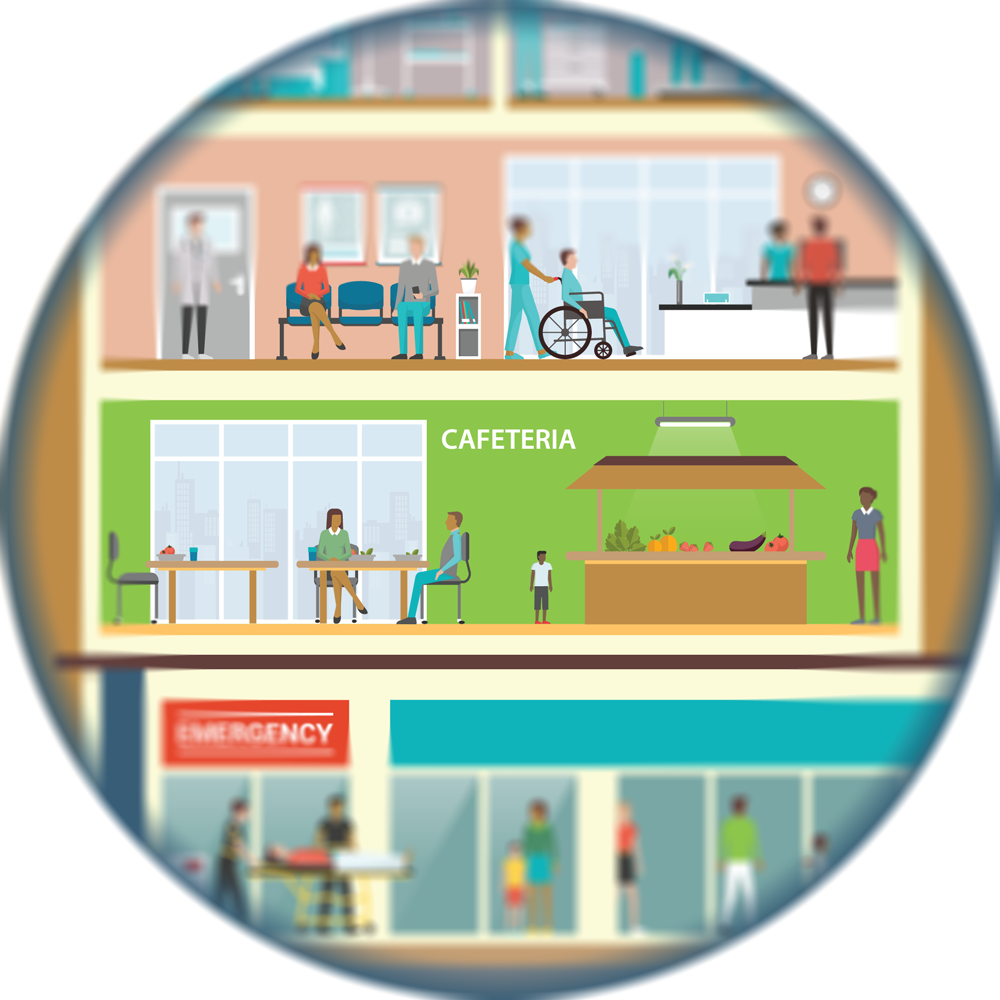 As health care takes a more holistic approach to improving health, food is understood as a critical element, both in terms of what a patient consumes as well as what a hospital serves or wastes. Consider the following:

Gundersen Health implemented a cafeteria food waste minimization program. They were able to reduce pre-consumer food waste by 80 percent in 2015 from their 2010 baseline and saved an average of $30,000/year.

University of Vermont Medical Center procures over 45 percent of its food locally and sustainably, including food grown on their rooftop garden. Food waste is composted offsite, and then some of that compost is purchased back for use in the gardens. UVM Medical Center utilizes a room-service model for patients which helps to reduce food waste.

Hackensack UMC created a task force to completely transform its food program and align its work with their population health initiative. In a few short years, meat procurement has already decreased 4 percent, and is at 0.104 lbs/meal. 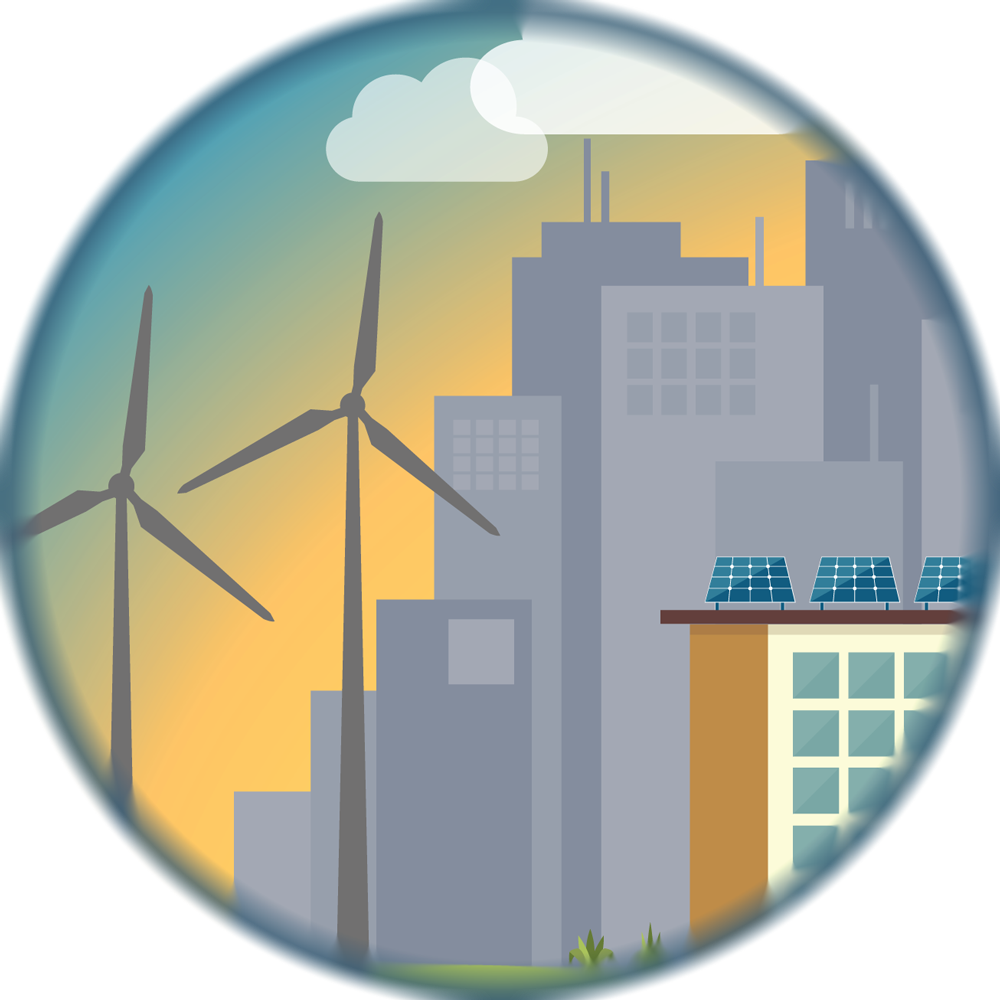 Gundersen Health achieved its first days of energy independence in October 2014 by implementing deep energy efficiency measures and then developing its own portfolio of renewable energy generation projects.

From 2008 to 2015, Advocate Health Care reduced its energy consumption by 23 percent per square foot (weather normalized), saving $23 million and avoiding the release of 203,000 metric tons of carbon dioxide, equivalent to the energy to power nearly 19,000 homes for a year.

Ascension’s Environmental Stewardship Program has met the Better Buildings Challenge goal of 20 percent energy reduction by 2020 across its acute care hospital portfolio. From July 1, 2008 through December 31, 2016, Ascension has reduced energy usage by 21.4 percent, saved $53.3 million in cost avoidance and reduced over 1,114,600 tons carbon dioxide emission across 141 healthcare facilities over three years ahead of plan. 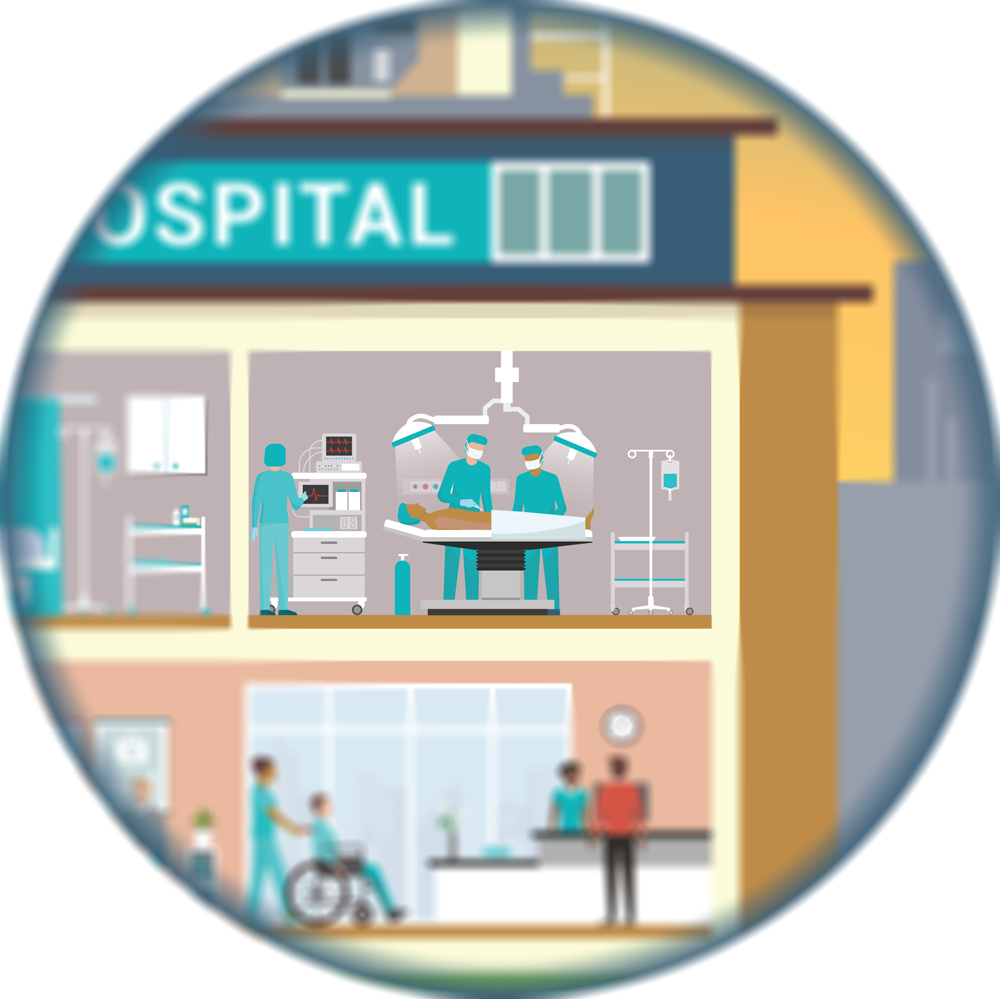 Operating Rooms (ORs) generate a significant environmental footprint relative to other hospital departments given their need for large amounts of energy to accommodate special ventilation, lighting, cooling and the large amount of waste they generate. Consider the following:

By reducing air exchanges per hour for non-surgical periods, Cleveland Clinic saved two Gwh/year in energy output and $250,000 per year.

On the road to net-zero GHG emissions by 2020, Boston Medical Center has retrofitted to all LED surgical lighting in the ORs, utilized occupancy sensors to decrease energy usage, and removed desflurane as well as reduced the use of nitrous oxide. 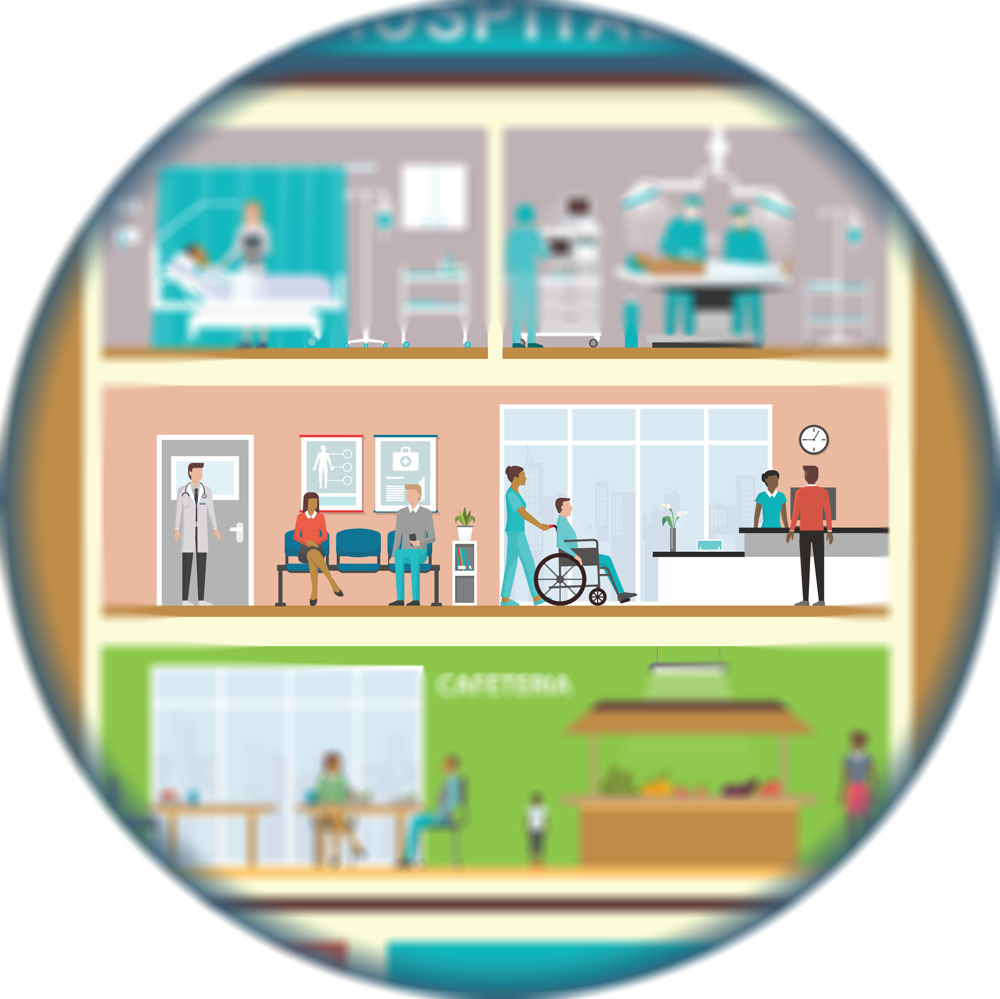 The health care sector buys enormous quantities of goods and services, with health care spending accounting for nearly 18 percent of the GDP in the U.S. Consider the following:

Virginia Mason implemented a single-use device reprocessing program with its vendor, resulting in over $3 million in savings since 2012, as well as a reduction in waste disposal costs and the institution’s carbon footprint.

By implementing a closed-loop shipping system, Intermountain Healthcare cut overall waste by 20 percent, had a significant reduction in labor costs and reduced its carbon footprint.

Together with other leading health systems and NGO partners, Dignity Health is a co-owner of Greenhealth Exchange, an environmental purchasing exchange and catalog for health care which aims to accelerate the development and adoption of new, more environmentally-friendly products. 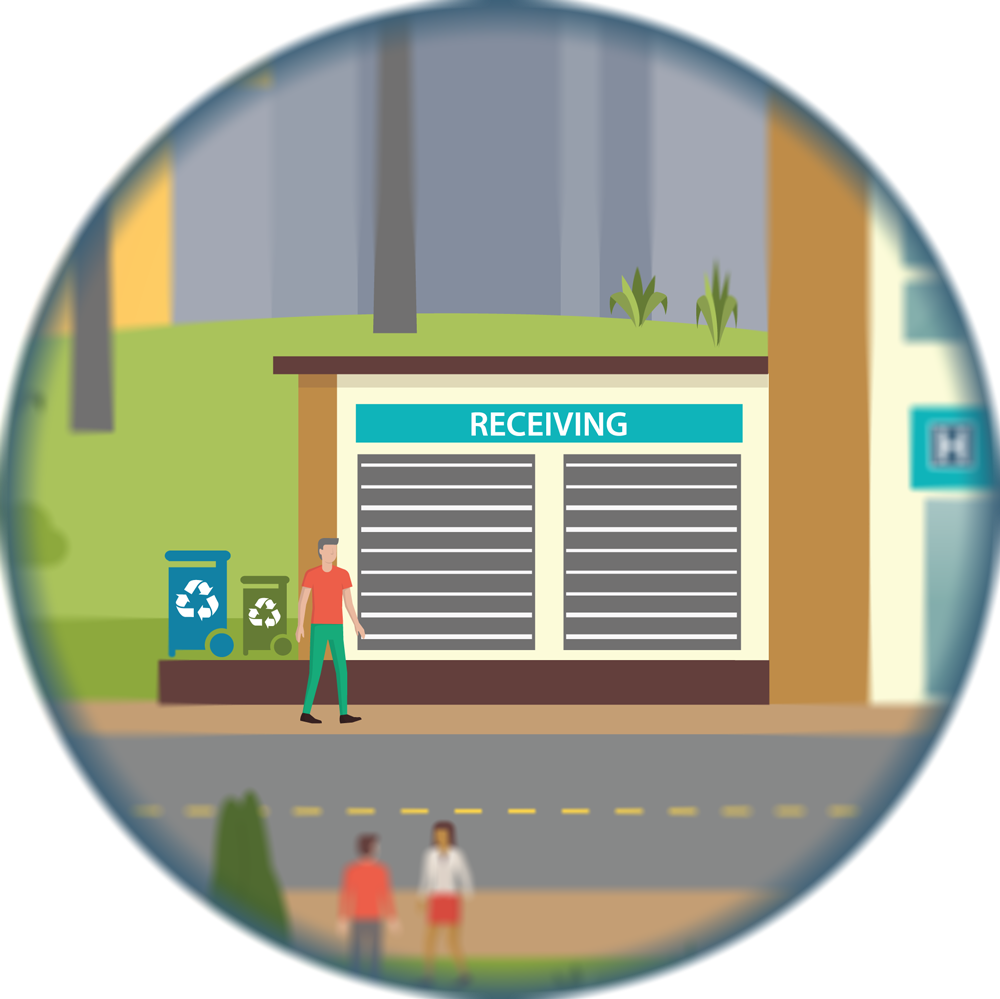 Given that waste management represents 1 percent to 5 percent of U.S. greenhouse gas emissions and that hospitals produce an average of 30 pounds of waste per patient per day, waste reduction offers a big opportunity for hospitals. Consider the following:

HealthPartners has implemented a comprehensive waste reduction program that has resulted in a 14 percent reduction in paper and indirect savings of $1.3 million. The program has diverted 166 tons of food from the trash to compost and recycled 1500 tons of materials in 2016, with 793,000 pounds diverted from the operating room, for a total savings of over $940,000.

Inova implemented a red bag waste reduction program in 2009 that began as a pilot at the Inova Fairfax Medical Campus. The program was expanded across the health system, and in the first year alone, achieved a 14 percent reduction in red bag waste. This was equivalent to 1,000,000 pounds of waste reduced and $200,000 in annual savings from waste removal fees. The program continues today with a focus on stakeholder engagement and alignment with industry best management practices. 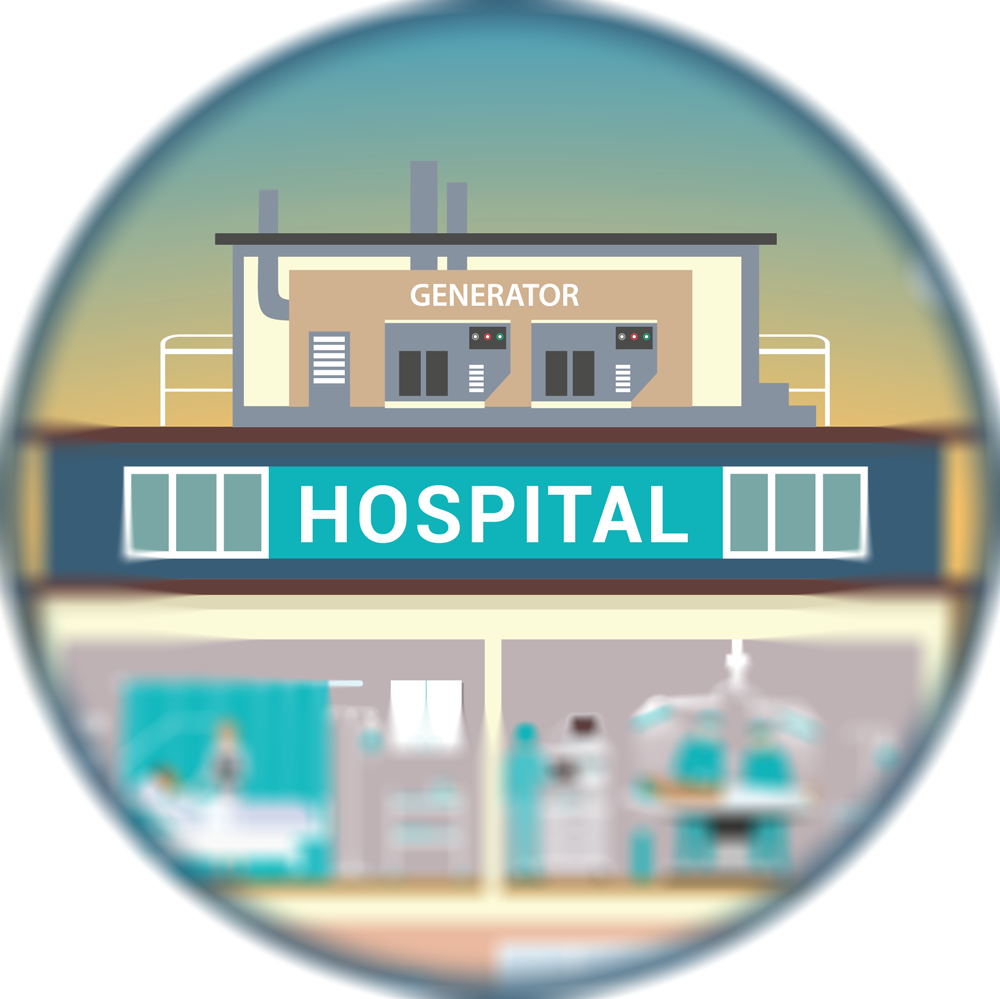 Hospitals must be prepared to continue to give care even in the face of extreme weather. Designing hospitals and critical health care settings for preparedness, energy independence, projected sea level rise and extreme weather needs to become the norm in building design and construction. Consider the following:

Thedacare in Wisconsin utilized the Health and Human Services Climate Resilience Toolkit to address climate change and preparedness. This included using a resiliency assessment as a way to engage clinicians and health systems leaders in speaking to community groups and businesses about the public health impacts of climate change. 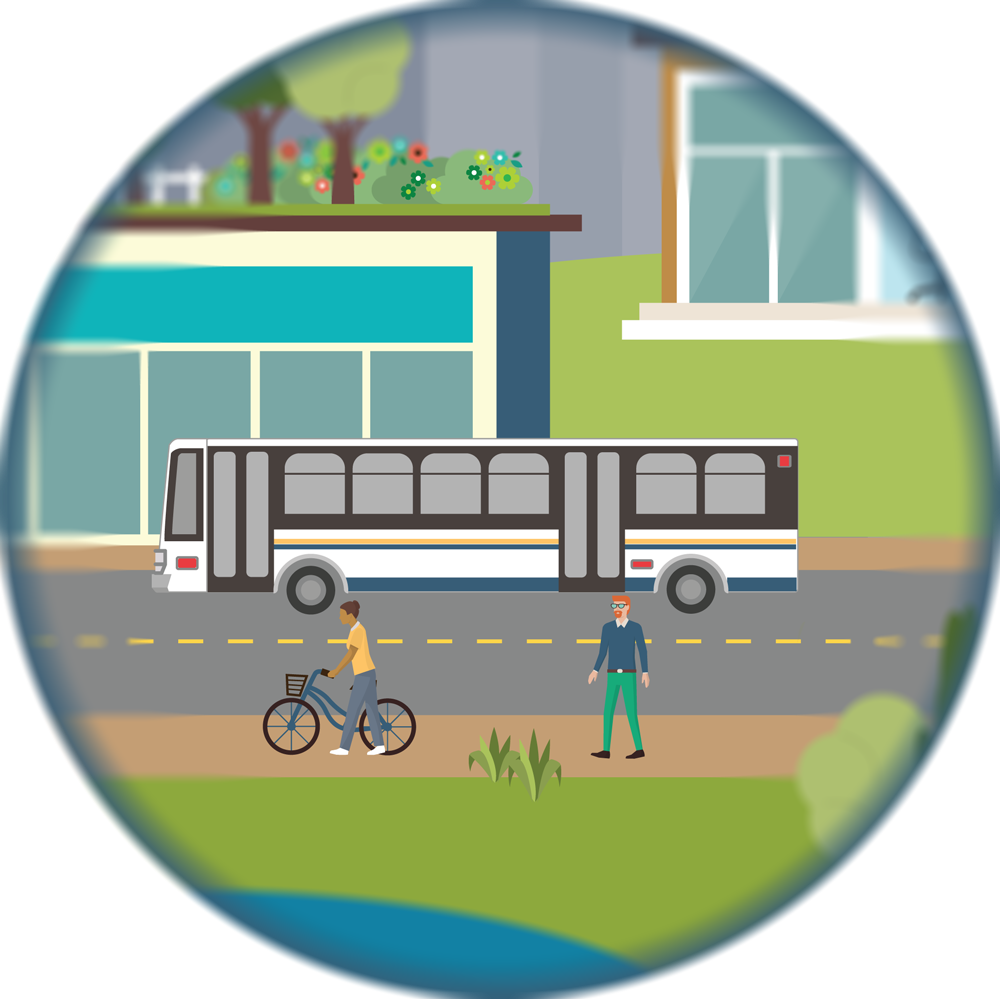 Transportation wields a big footprint for a hospital when you consider the amount of energy that goes into workforce commuting, patient and family travel, and transporting patients, goods and services to and from the hospital. Consider the following:

Seattle Children’s Hospital has been leading sustainable transportation efforts by reducing the drive alone commute trips made by their workforce from 73 percent in 1995 to 38 percent in 2015. They did this by: charging daily parking rates, offering generous subsidies and incentives to use lower-impact options, working with the city and county on bike, pedestrian and transit improvements, and providing personalized commute planning to every new employee.

University Hospitals sponsored a city-wide, public bike-sharing program called UHBikes in Cleveland, Ohio. In less than a year, the program is credited with 7,500 trips taken on the bikes, totaling over 14,000 miles, 569,000 calories burned and six tons of carbon emissions avoided. 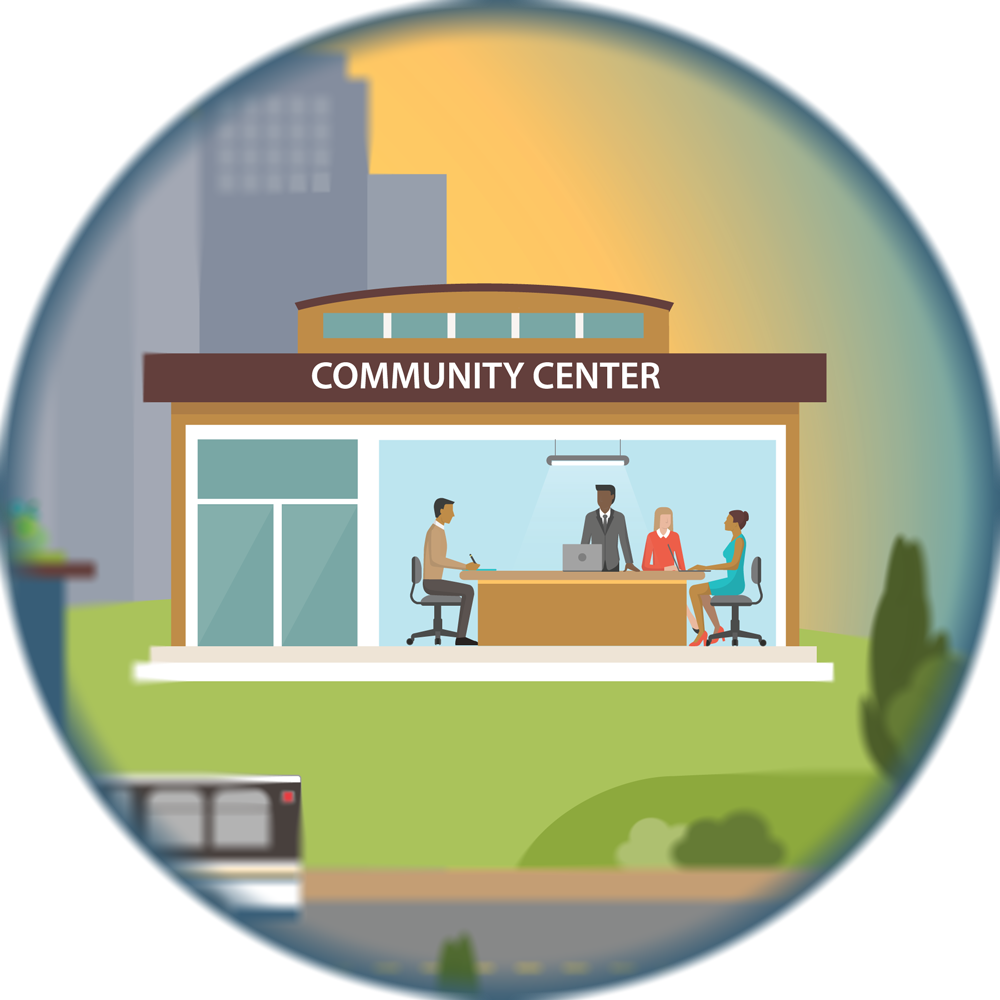 Visionary health systems understand that addressing climate change must be core to their mission of improving health, and many are using their trusted voice to lead by example. Consider the following:

Recognizing that thermal coal poses a significant threat to human health and the environment, Dignity Health revised its policy to restrict investments in coal and to identify new investment opportunities that mitigate climate change.

Dignity Health also co-sponsored the Health & Climate Summit during COP21 and presented at various venues in Paris, including the Blue Zone at Le Bourget, in support of an ambitious climate agreement. Dignity Health’s advocacy leadership is also notable in California where they’ve helped pass landmark climate and energy legislation.

Kaiser Permanente has publicly pledged to become carbon net positive by 2025, and its significant increase in renewable power purchasing is already helping its California facilities to receive nearly half of their electricity from renewable sources.

Virginia Mason has worked with policymakers to better understand the connections between climate and health, both by supporting the price on carbon legislation in Washington state as well as by co-founding and chairing Washington Business for Climate Action.

In an effort to educate patients and communities on the health impacts of climate change, Inova features climate and health language on their external website and a series of brochures that explain climate change impacts on vulnerable populations. Inova also educates clinicians by conducting Grand Rounds and targeted seminars to pass along important climate change information.

About the Health Care Climate Council

The Health Care Climate Council is a leadership body of health systems committed to protecting their patients and employees from the health impacts of climate change and becoming anchors for resilient communities. Health Care Climate Council members implement innovative climate solutions, inspire and support others to act, and use their trusted voice and purchasing power to move policy and markets to drive the transformation to climate-smart health care. The Council’s mission is to amplify public and private responses to climate change by:

For resources relating to the playbook, go to this link.